SIDI is a registered as a limited partnership with shared capital. The general partners notably watch over the preservation of SIDI’s social mission.

The general partners designated by the General Assembly are: CCFD-Terre Solidaire and three congregations. The share capital is variable, which makes the subscription of shares at any moment possible.

SIDI’s Supervisory board is composed of shareholders who are not general partners. They are in charge of the permanent monitoring of the management committee. They meet at least once a year and present a report at the annual ordinary general meeting. It is composed of:

A Steering Committee was also set up whose purpose is contribute to formulating the strategic plan and overseeing compliance with the company’s ethical charter. Members include:

The management committee is composed of:

Capital distribution as of December 31th, 2020 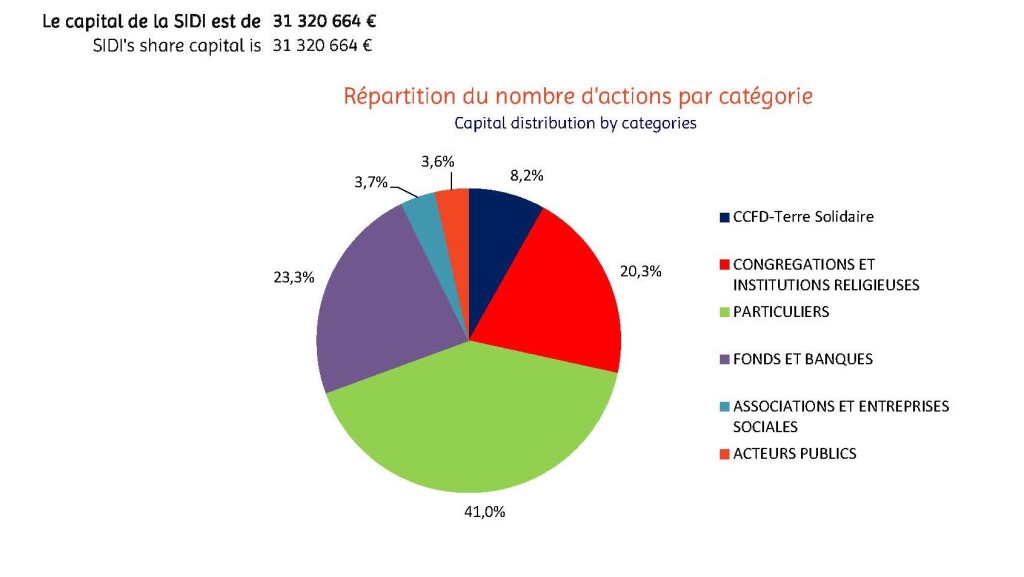